The Abingdon Music Experience's goal is to create a thriving community that locals and visitors alike can enjoy and experience. The AME is designed to bring more people downtown to hear a variety of quality musical acts, eat, drink, shop and spend the night. We have 4 signature events throughout the year including: January Jams, Thursday Jams, Main Street Blues Fest and the Abingdon Crooked Road Music Fest. Look for these and new events to be added. It's always playtime in Abingdon!

About Joe Pug: f You Like: Josh Ritter, Ryan Adams, The Avett Brothers, Fleet Foxes, Damien Rice, Gregory Alan Isakov, Bon Iver, The Tallest Man on Earth, Bob Dylan, Elephant Revival. When Pug set up camp in Lexington KY in 2014 to record, he did so with some of the best songs he has ever written. The agenda was much simpler than previous albums. “The aim on this one was very straightforward. We wanted to capture the music just the way we play it, with minimal production. It was a very back to basics approach because ultimately that’s what I love about music, and that’s what I love about making music. I wanted to record these songs the way they were written and put them out in the world.” The result is a collection of songs that are as close as we’ve gotten to a road map to Pug’s ambitions. He has collected plenty of the requisite Dylan comparisons over his young career but on this record it’s easier to hear the sway of more contemporary influences like Josh Ritter, Ryan Adams and M.Ward. 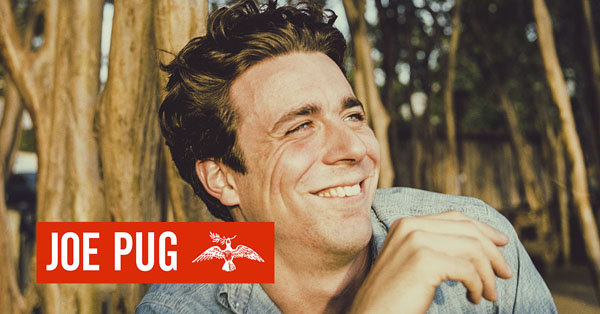 About Horse Feathers: Along with longtime bandmates Nathan Crockett (strings/mandolin) and Dustin Dybvig (percusion/drums/keys), I threw Justin Power (bass/vocals) into the mix to have an honest to god rhythm section for the first time. With Lauren Vidal on cello and Brad Parsons singing harmonies, we played an impromptu show at Sasquatch and people liked it. We liked it, and the unusual feeling that I had after that show – which I think is referred to as “joy” – became something I wanted to experience again. I shared more. I stopped editing myself as much. The joy of playing live became its own reward, and I dared myself to allow that joy to shape the songwriting. In the end, I was able to let it go, and I don’t own it anymore. Which also feels like joy. That’s the way it was, and so it is with us. 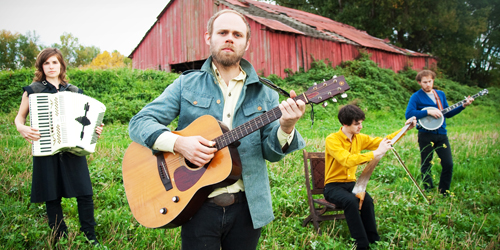 For more info regarding the event visit http://abingdonmusicexperience.com/category/thursday-jams/