Party in the Park - The Tams - Daleville

EventZone, a non-profit organization and the Valley's "Event and Festival Connection," proudly presents seventeen weeks of "People You Know & Music You Love" at the Valley's Thursday Night Dance Party! Fun for all ages!

With the support of our new Title Sponsor, the Bank of Fincastle, as well as Blue Ridge Beverage, and a host of other businesses and local residents, Party in the Park will start its fourth season in 2016 on May 12. Our mission continues to be a community partner, to support local non-profit organizations and businesses, and to promote the arts in the area, especially with our Scholarship for the Arts program.

have been entertaining and thrilling audiences for over 50 years! Known for such hits as “Be Young, Be Foolish, Be Happy”, “What Kind of Fool”, “I’ve Been Hurt” and “Untie Me #12 on the R&B Charts”, The Tams have had Several Gold Records, and 1 Platinum Single. “What Kind of Fool” hit #9 on the Billboard charts, and #6 on the R&B charts. “Hey Girl Don’t Bother Me” hit #1 in the UK in 1971. While “Be Young, Be Foolish” only hit #26 on the Top 40, the single sold over 1,000,000 copies, sending it to Platinum status. In 1986, “Ain’t Nothin Like Shaggin’ ” hit #6 in UK Billboard charts, before being banned due to the UK’s definition of “shag”. Though their style of music has historically been referred to as Beach Music which they have had many Beach Music hits, it can be also classified as a mixture of Smooth Soul, and R&B. Their show is fun, fresh and exciting and appeals to audiences of all ages and musical tastes. Jimmy Buffett LOVES The Tams!

For more info regarding the event visit http://www.pitp.org/ 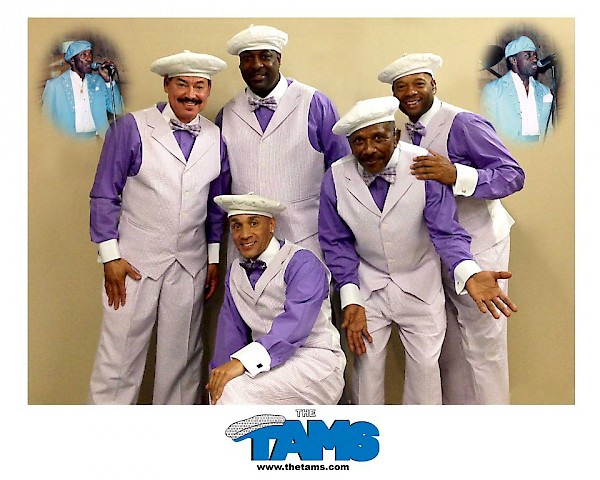